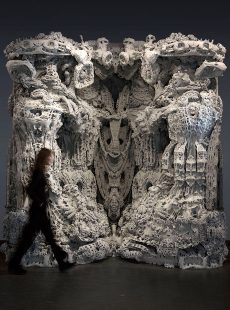 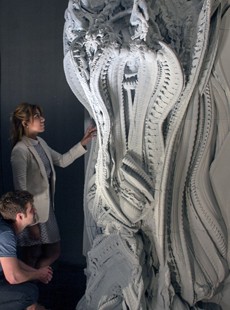 The Arabesque Wall was designed and created by Benjamin Dillenburger and Michael Hansmeyer in collaboration with Design Exchange, Toronto for the 3DXL exhibition. Continue reading → 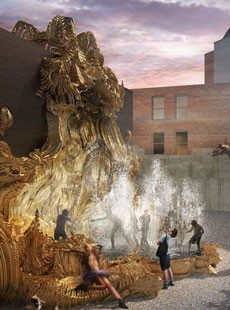 Phenomena is a finalist for the MoMA PS1 YAP 2015 competition. Continue reading → 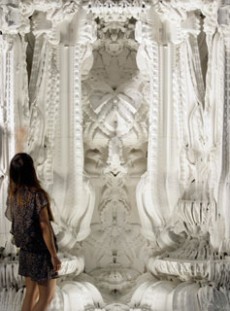 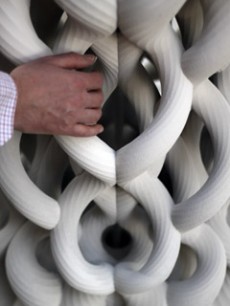 Woven column at the Architektur013 Exhibition in Zurich Continue reading → 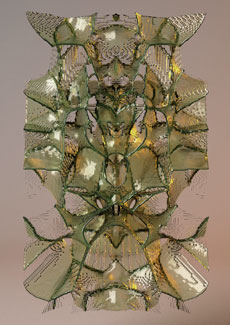 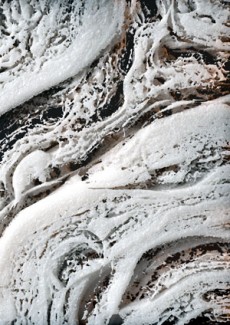 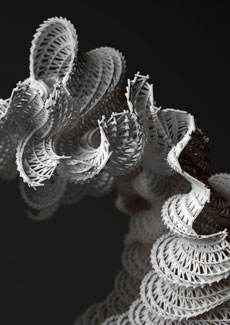 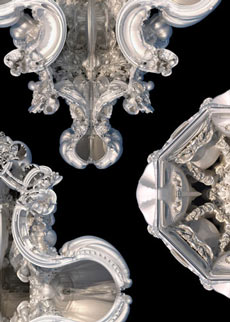 A series of domes is designed by using a dynamic process entitled mesh grammars. (with Michael Hansmeyer) Continue reading → 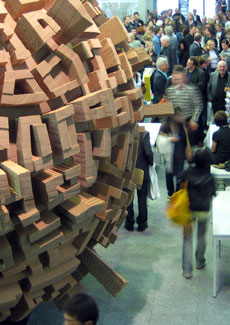 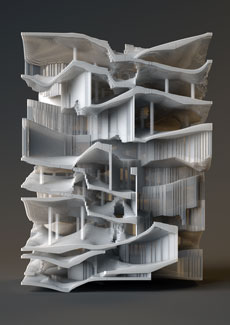 Voxel based folding of planes with distribution of columns. Continue reading → 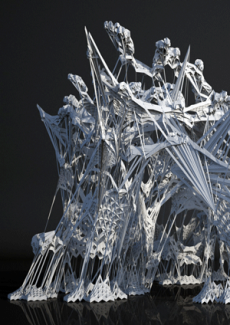 A grammar of replacement rules creates a network structure that is adapted by a spring system. Continue reading → 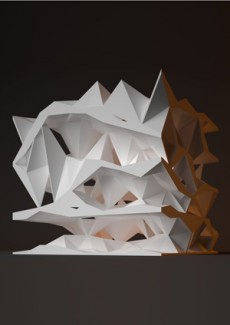 What if we could imagine a journey through a building, a promenade architecturale, and let the computer arrange this storyline for us?
Continue reading → 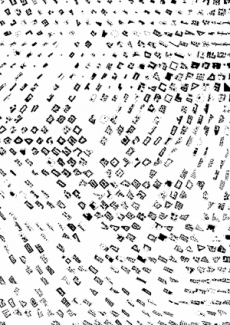 A self organizing map (SOM) is a model of a artificial neural network developed by the Finnish professor Teuvo Kohonen. A SOM is used to rearrange the plots of the inner city of Zurich so that similar plots are close to each other. Continue reading → 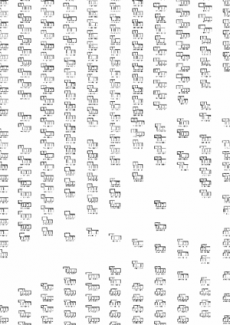 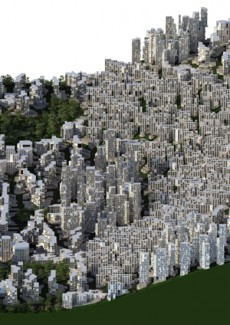 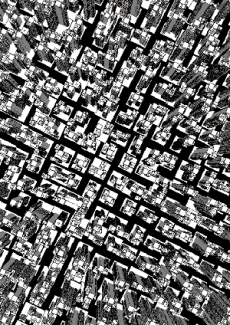 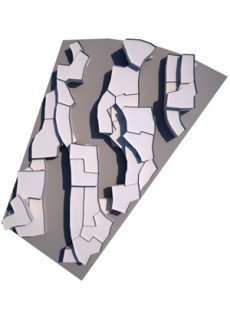 An agent-based model is introduced for a self-organized building distribution in a predefined environment. Agents are simulating architects, constantly redesigning and rearranging the houses over time. Each agent incorporates as behavior his own simple evolutionary strategy to optimize the layout … Continue reading → 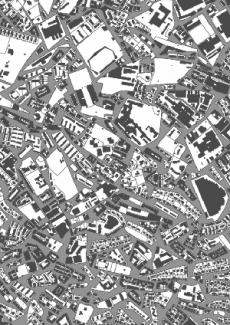 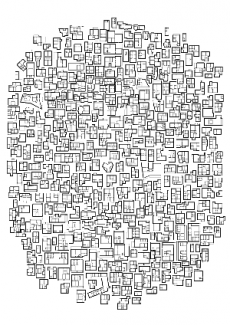 A library of floor-plans with over 1000 appartments of existing houses. The database allows complex search-queries by topological and geometrical properties, concerning building-elements, rooms, and organisation. Continue reading → 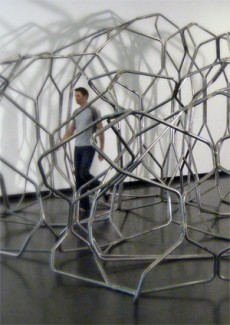 One mile steeltube pavilion.
Steeltube as material has an enormous capaticity for construction. CNC bending machines have the ability to deform materials in three-dimensions, rather than the popular CNC techniques for architectural design, which use subtractive methods like laser-cutting and milling. The research examines the potential of a digital deforming process of CNC-Bending. During 3 months the Students developed a concept, programmed the software for generating the structure and produced three prototyps shown at an exhitbion. Continue reading → 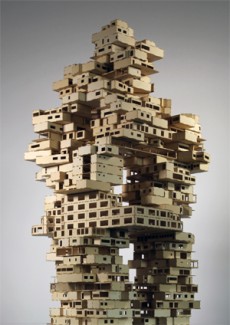 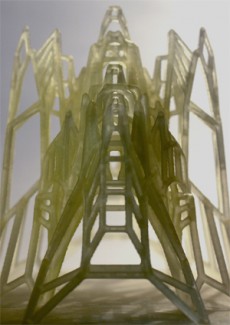 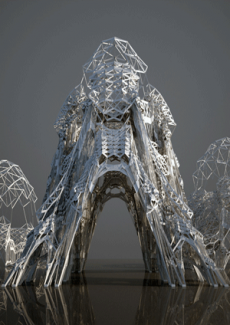 Computational domes. The design is generated with shape grammars. The construction dynamically shifts to a static equilibrium. Continue reading → 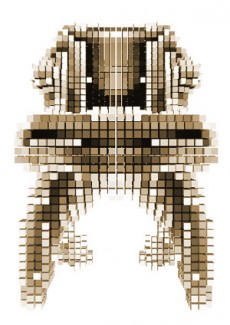 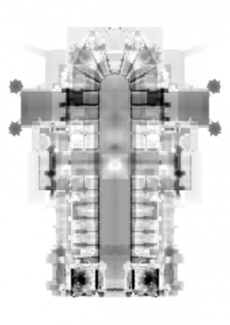